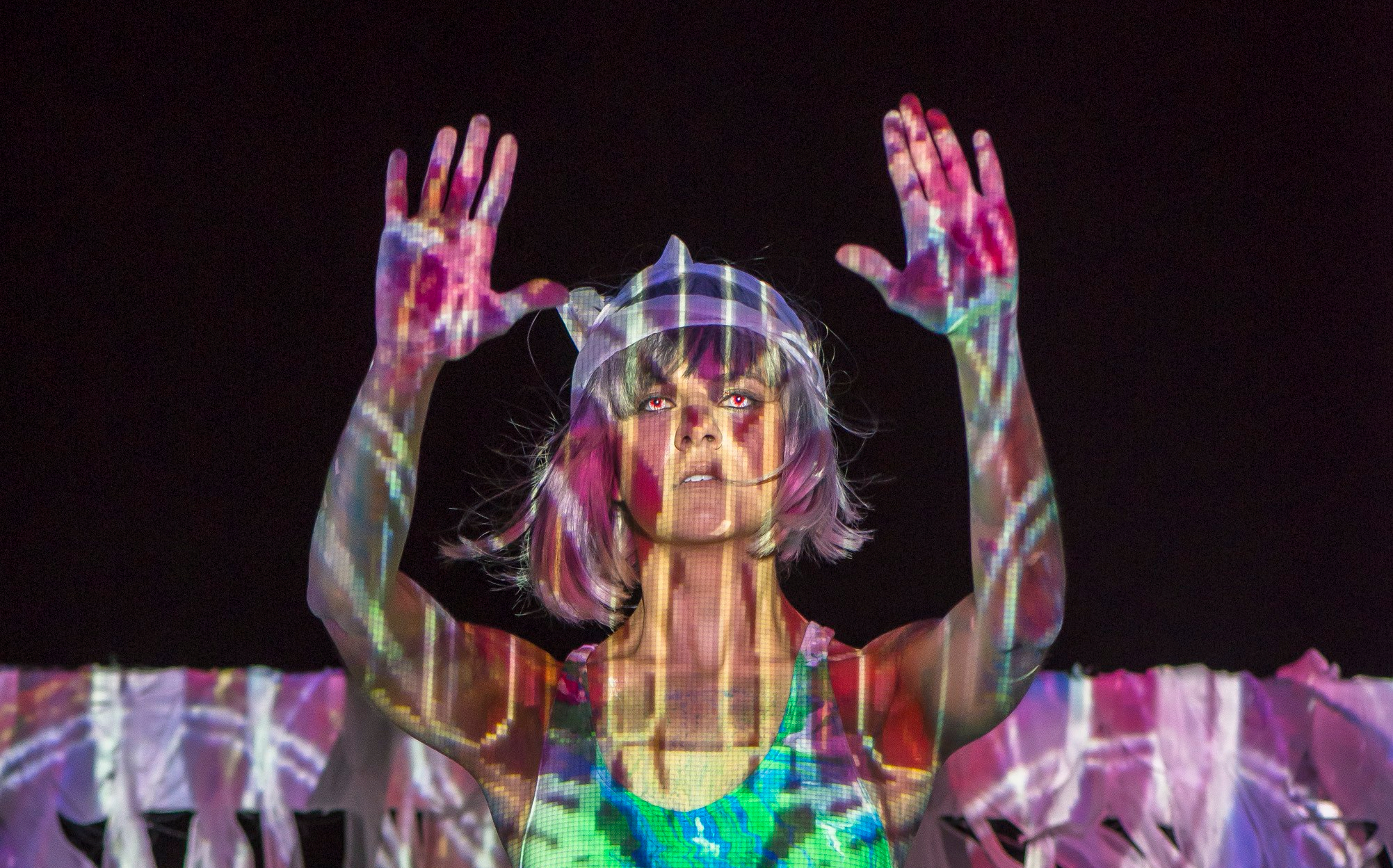 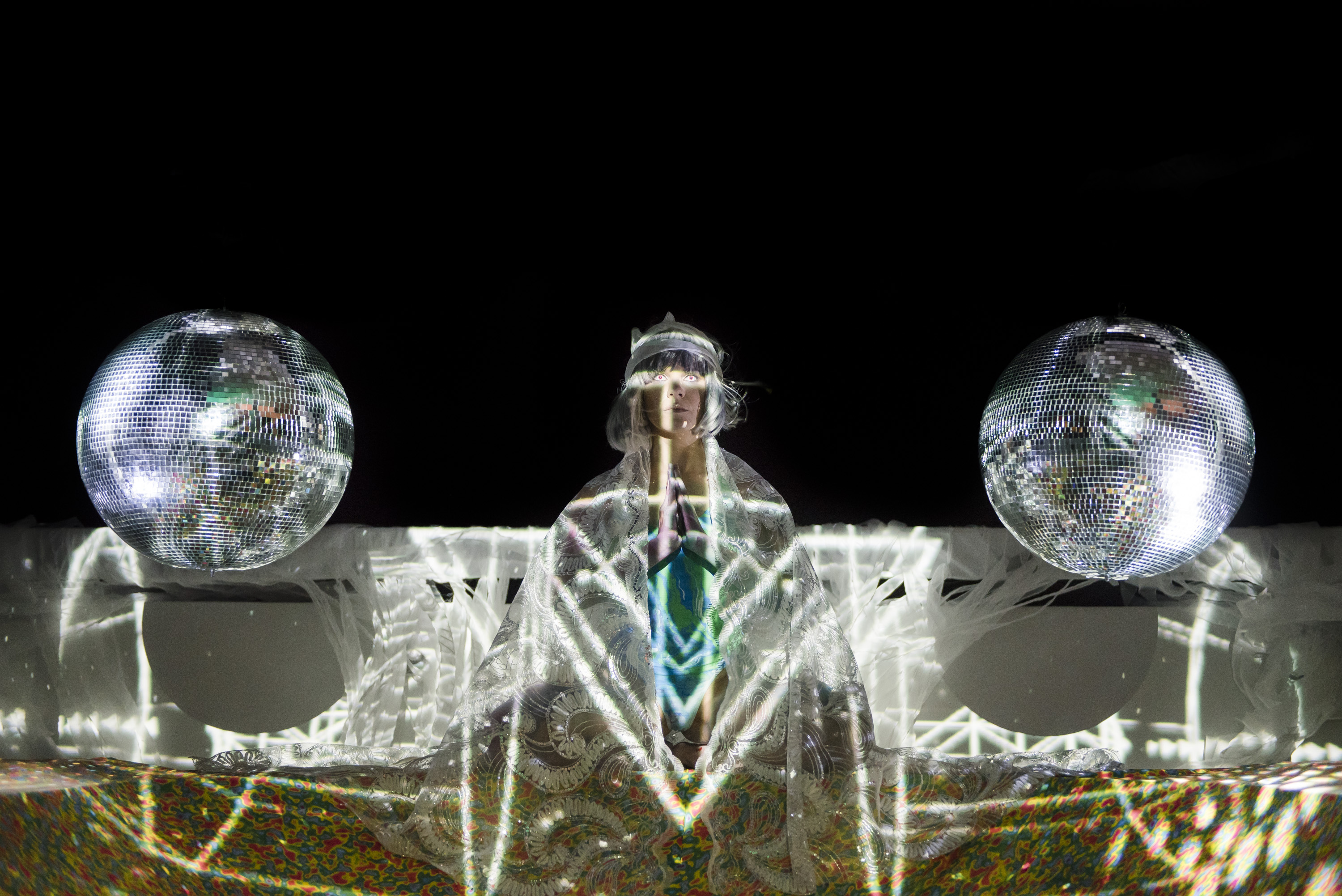 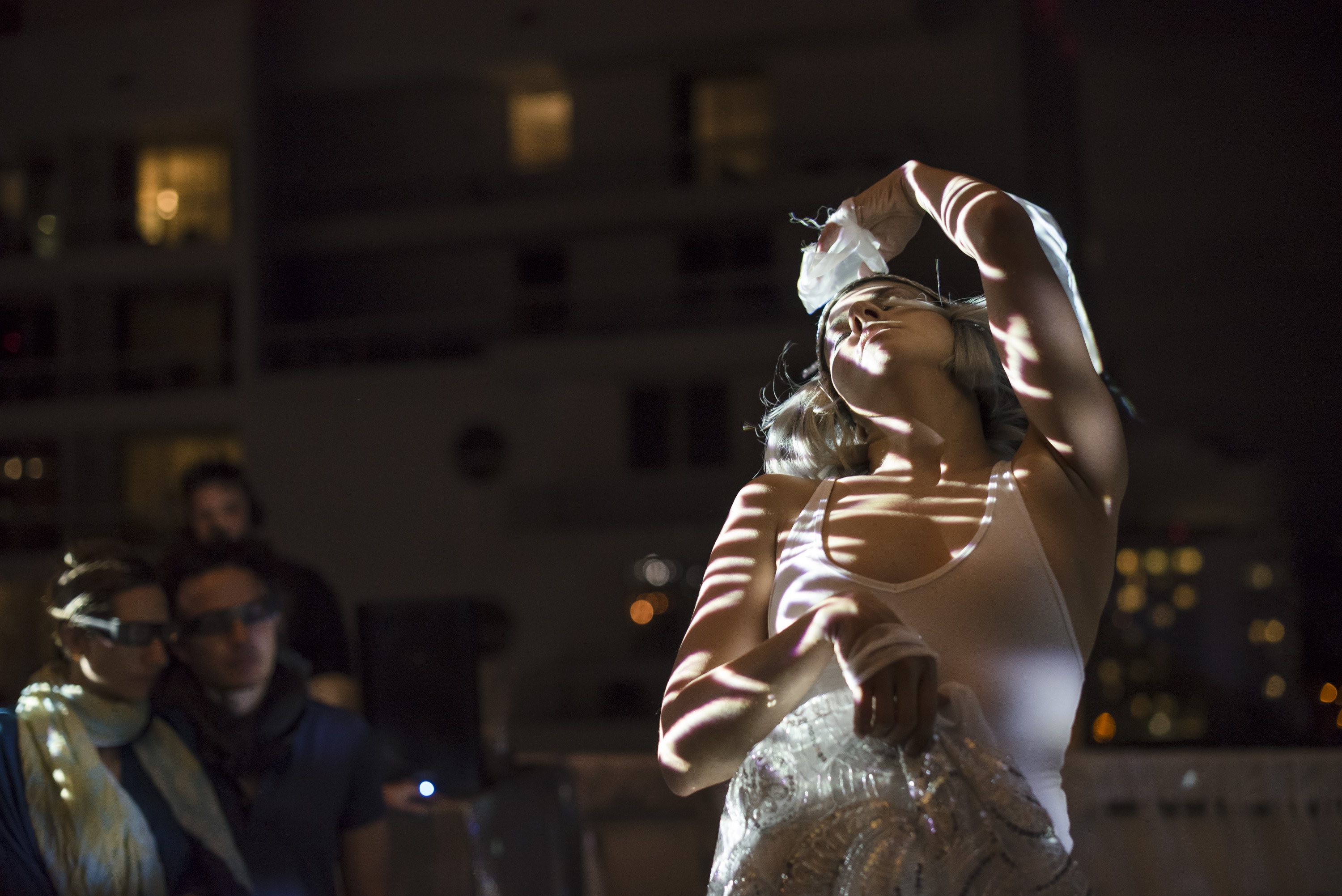 An improvised journey through time, space, light, and color recently dazzled audiences beneath the stars on the rooftop of Soho Beach House in Miami during the debut of fashion performance artist Aileen Quintana‘s Interdimensional Baths. As the intimate crowd of invited guests gathered around the mysterious set piece—two disco balls floating in space over a small pool of multicolored fabric, with sacred geometric symbols projection-mapped on top of them—the eerie sounds of cosmic house duo Legs Benedict filled the air. Donning ChromaDepth 3D glasses, the audience watched on as Quintana, dressed in white, metamorphosized into the marbled creation of the heavens through projection mapping.

Her dance is catalyzed by the sounds, which she has never heard before, and Quintana reacts purely through movement. The synchronicity seems as if it were relentlessly choreographed, but in reality, this moment of magic is for only us, shared here for the very first and only time. The Creators Project had a chance to catch up with Aileen Quintana amidst the spectacle that was Interdimensional Baths: 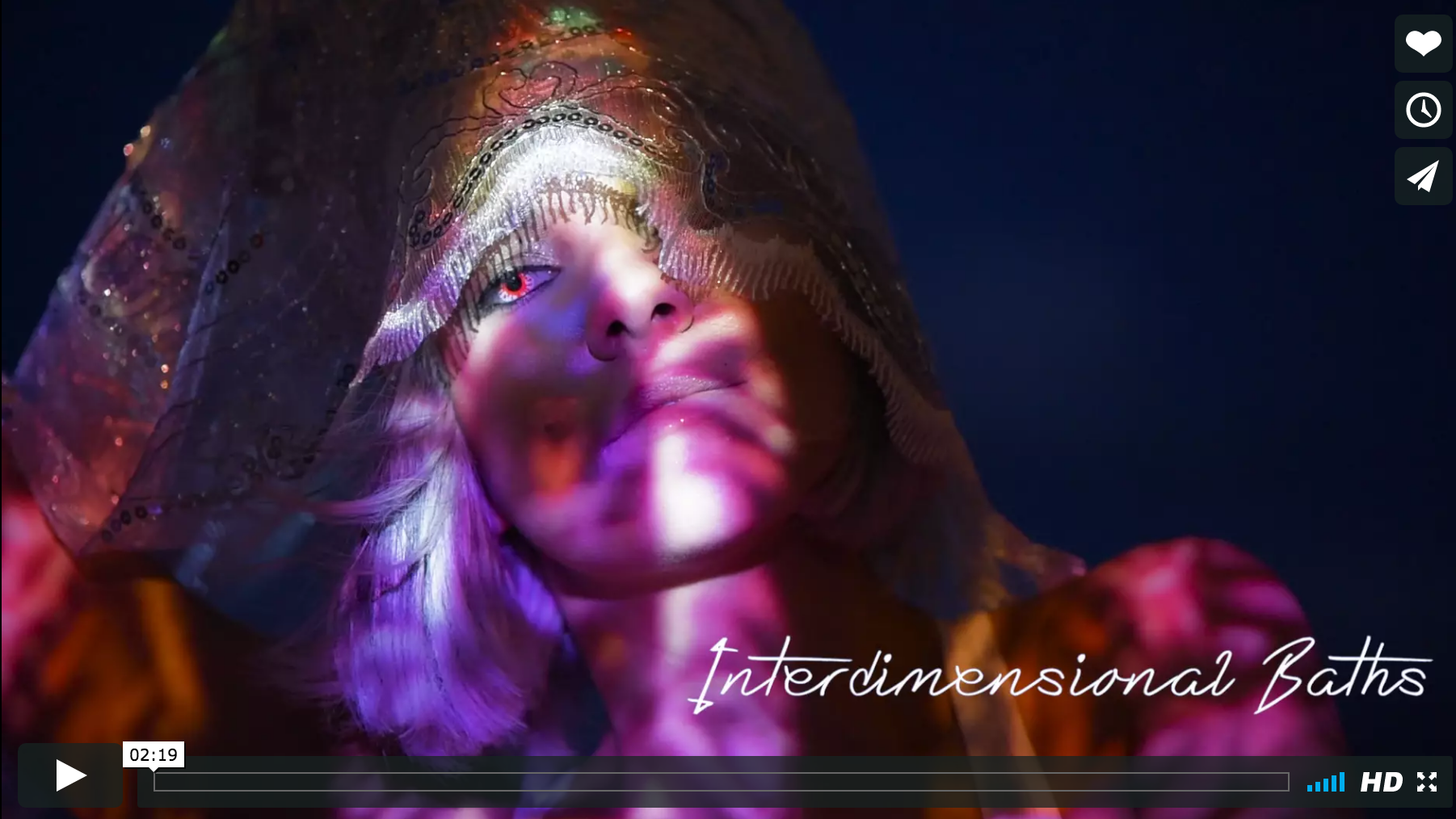 The following interview has been condensed for clarity.

The Creators Project: Inter-Dimensional Baths was one of the most creative performances I have ever experienced. How would you describe it’s creation and execution?

Aileen Quintana: Interdimensional Baths was an intimate, romantic, and uninhibited experience of moving art that took place at Soho Beach House in Miami Beach. It was an intricate and un-choreographed performance, and it truly allowed me to express myself while allowing guests to escape into my world of magic. The foundation of the performance was truly fashion; given my background in that industry, I’ve always liked having a way to express myself through that aspect, whether it be beauty, makeup, or hair. With the help of an amazing team on audio, visual, and technical levels, I was able to take the color spectrum and the theory behind it and translate it into the ideology of love and light.

Utilizing the pool on the 16th floor, I began with white, and its organic relationship with the universe, I then transitioned into a hypnotic portal of color. I gradually transitioned through a gateway where I emerged completely marbleized, resembling a ritual or religious experience and becoming one with the color. My body and clothing were completely transformed from a white canvas to every color of the rainbow, thanks to the amazing light mapping skills of my friend Tbot. As an added bonus, everyone who attended was asked to wear ChromaDepth glasses, which brings cooler colors to the back of the frame while bringing warm colors to the front, adding another dimension of texture to the Baths.

The musical aspect was brought by the producers of Legs Benedict. Given our relationship, they were able to know exactly what tracks complemented the exhibition and like my performance, their setlist was unplanned and therefore added another level of authenticity to the purity of it. I was able to anticipate what was going to play next and it made a magical harmony. It was a surreal and intense piece, where I felt the connection and relationship with everyone who attended.

What was your inspiration that drove your creative process to achieve Inter-Dimensional Travel?

Basically, my friends are my creative process. They inspire me to explore my creativity and encourage my thought processes. There are trigger words, trigger ideas that set off ripple effects in my mind that take me on hypnotic adventures that compose the body of my work. Once I learned the environment for this adventure was the 16th floor penthouse pool of Soho House, the idea emerged to create an interdimensional bath and then wanting to marbleize the human body in color, after all of my constant travels to music festivals throughout the world. The hypothetical vibrations of the sounds of music translated through the beauty of paint that becomes now a conceptual fashion. This was the inspiration I wanted to translate during this performance. 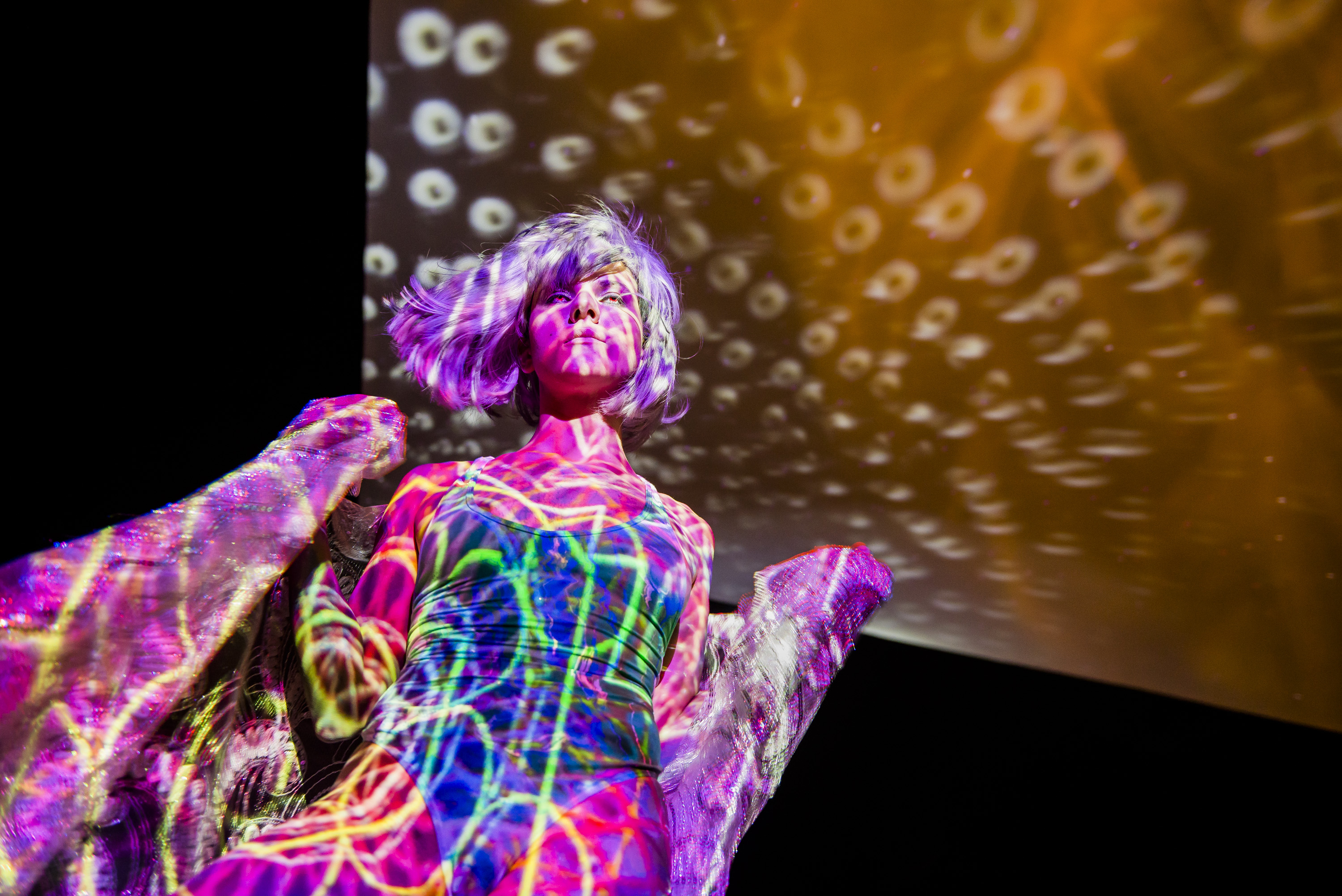 How did the music programming contribute to the performance?

Legs Benedict (David Sinopoli and Will Buck) have been strong influences in my work as well as my personal life. Our connection has allowed us to create so much together, and I feel as if they are my galactic brothers, which is a beautiful thing in this world. We were all there for the same vibrations that make things happen and I believe that was translated into the romantic and magical feelings of the Interdimensional Baths. 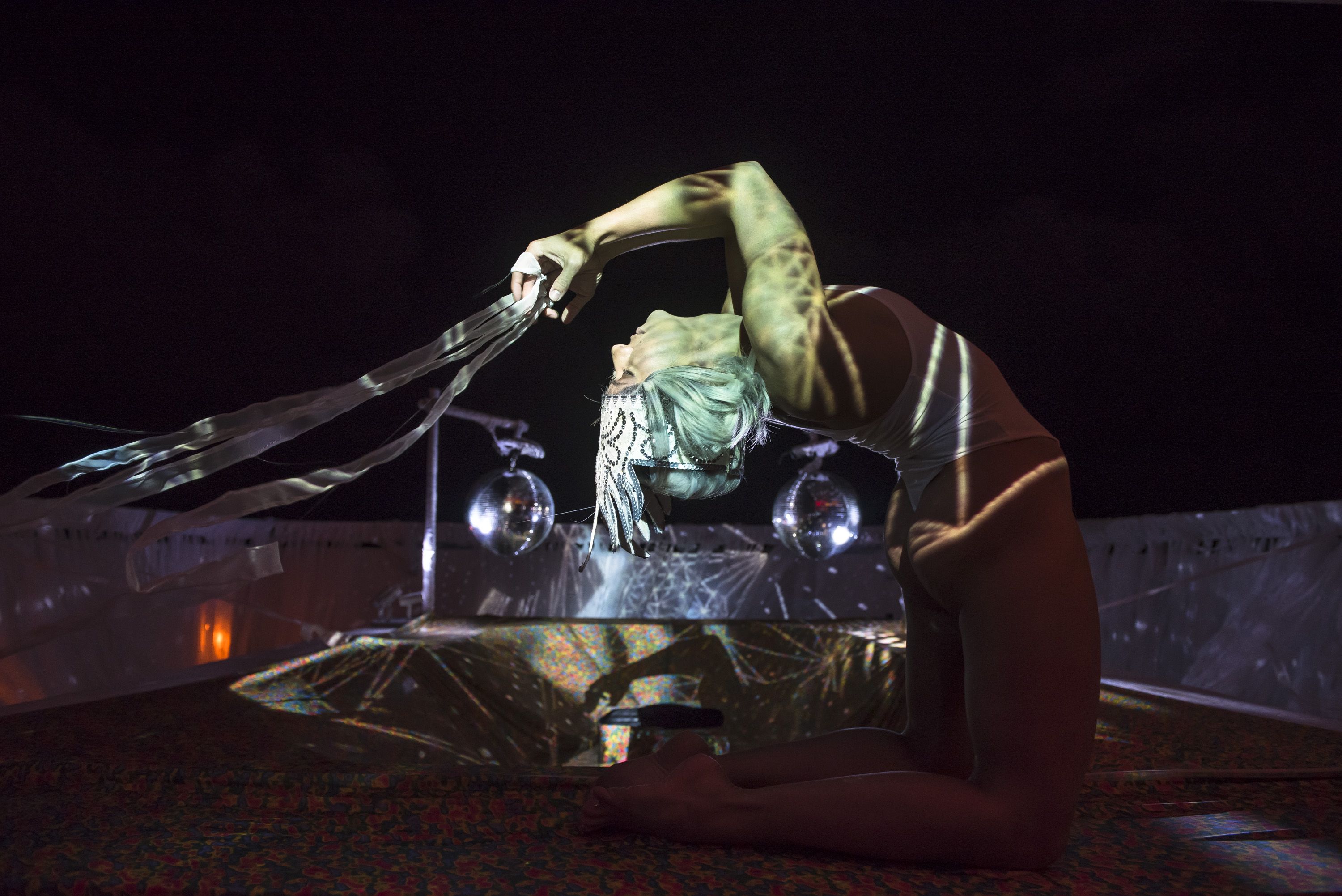 Your performance was so unique to those who were there. How do you share it with those who couldn’t be there while still producing a mystical resonating effect?

This is translated by my creative partner Alex who really helps translate my work. As a director of photography, he grabs the perfect scene and shot and translates them from the performance into beautiful stills and videos. I feel that post-production is just as important as the live performance itself; it allows the magic and emotion that was felt in the moment to be encapsulated. So we created this body of work for the rest of the world to see and experience the magic of what we create…

What experiences have brought you to this point in your career?

Every day I’m inspired by something, whether it be my friends, music, my environment, colors, textures. Every moment, whether it be good or bad, has brought me to this point in my career. I’ve been so blessed that I have been able to travel the world and meet incredible people that have shaped me and are now part of my day-to-day life. I truly want to give back to the universe everything that has been given to me and continue that cycle of growth. 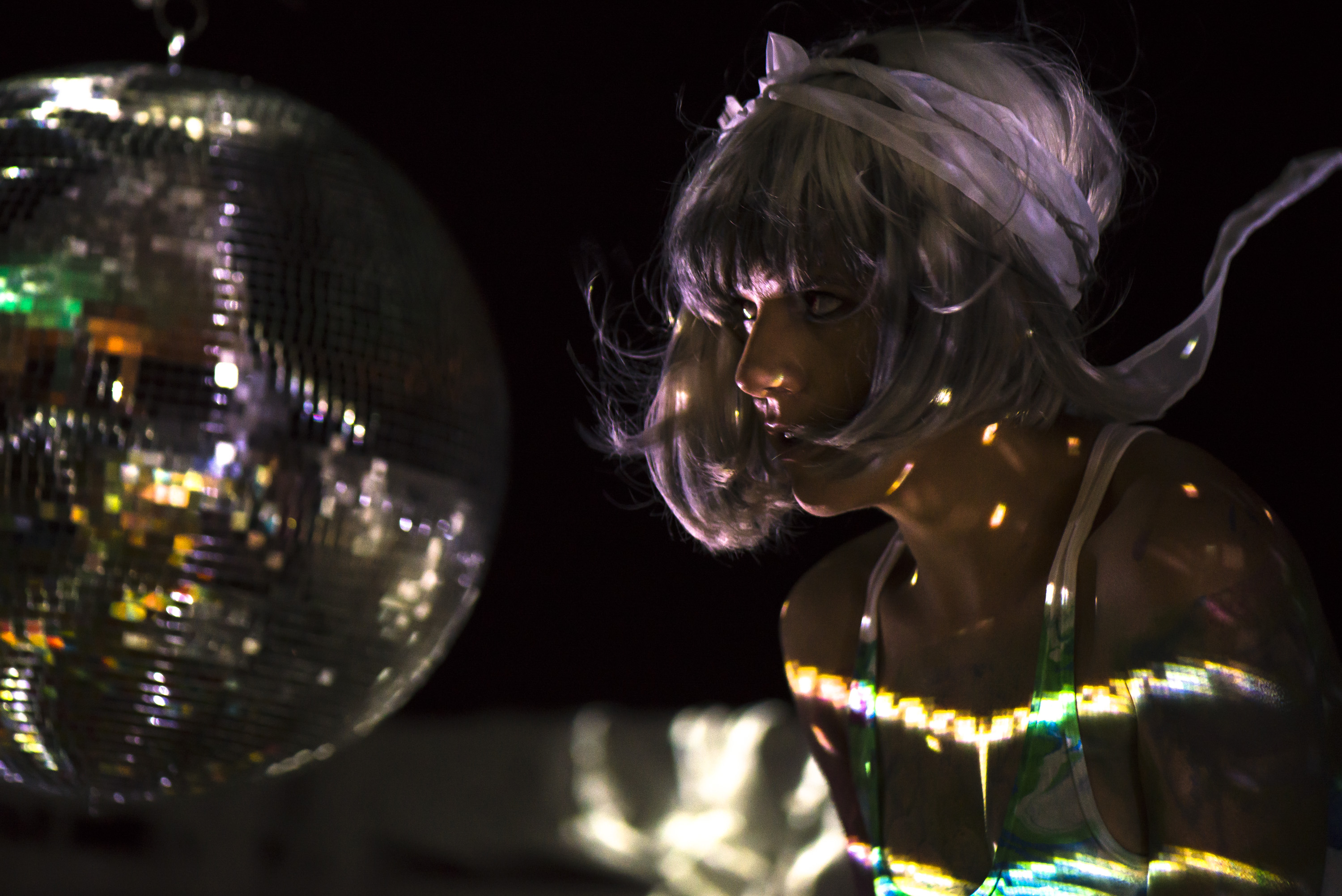 Your very first art installation and performance was at III Points Festival in 2013, and you have continued to show an evolution in your talents at the festival each year. What do you have planned for 2016?

Sunset at Noon is my next installation for III Points Music Festival, premiering October 7th-9th. III Points has given me so much and truly pushed me to become the artist I am today, and that group of individuals inspires me daily. It is my biggest installation to date, allowing me to transform 6,000 square feet into a multisensory mall. It’s inspired by vaporwave culture, a sub-genre driven by audio, aesthetics, fashion, and technology.

It’s going to be a wormhole with transcending performance art and all the components of a mall. I’m very excited to build it and I cannot wait for everyone will get to experience … 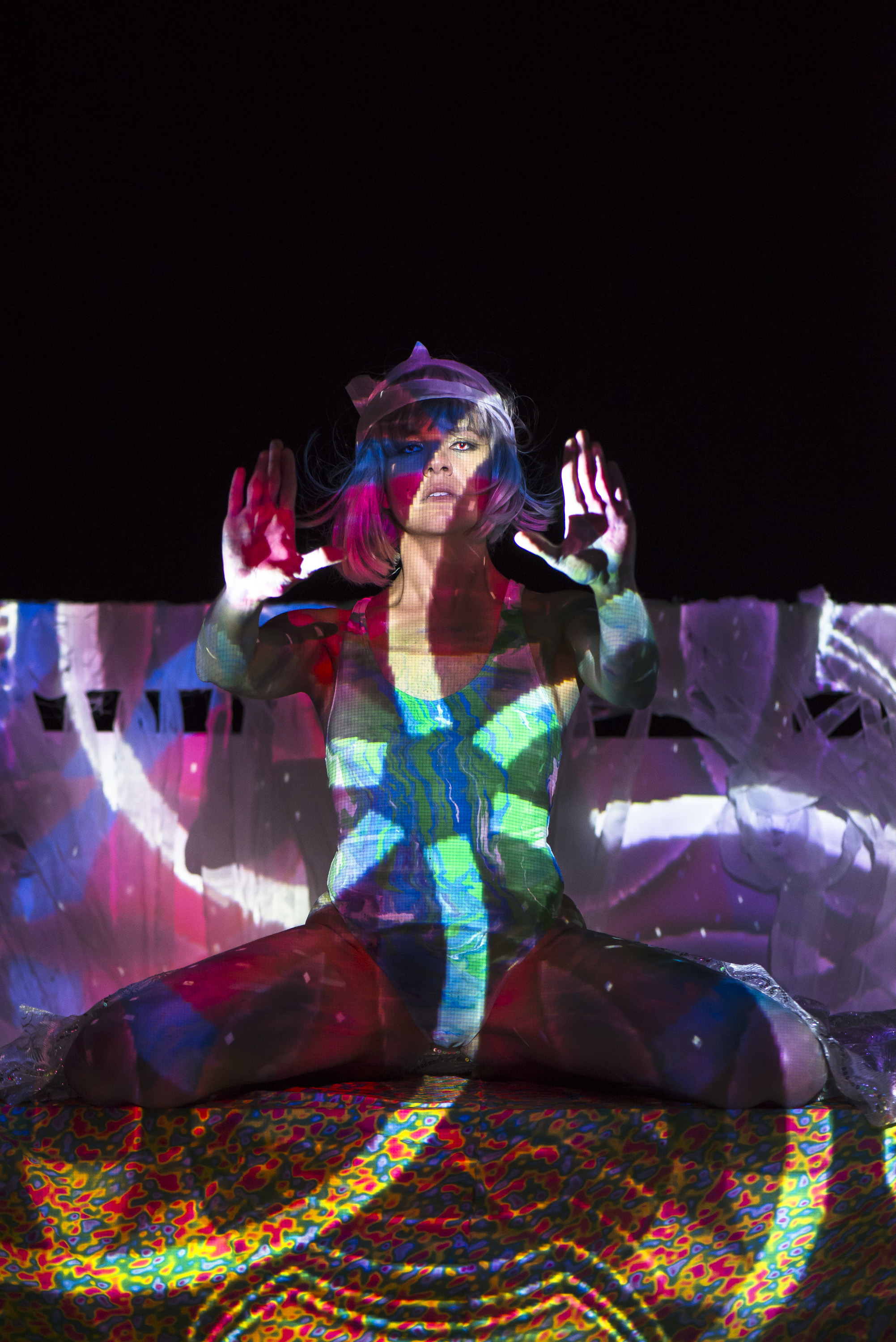 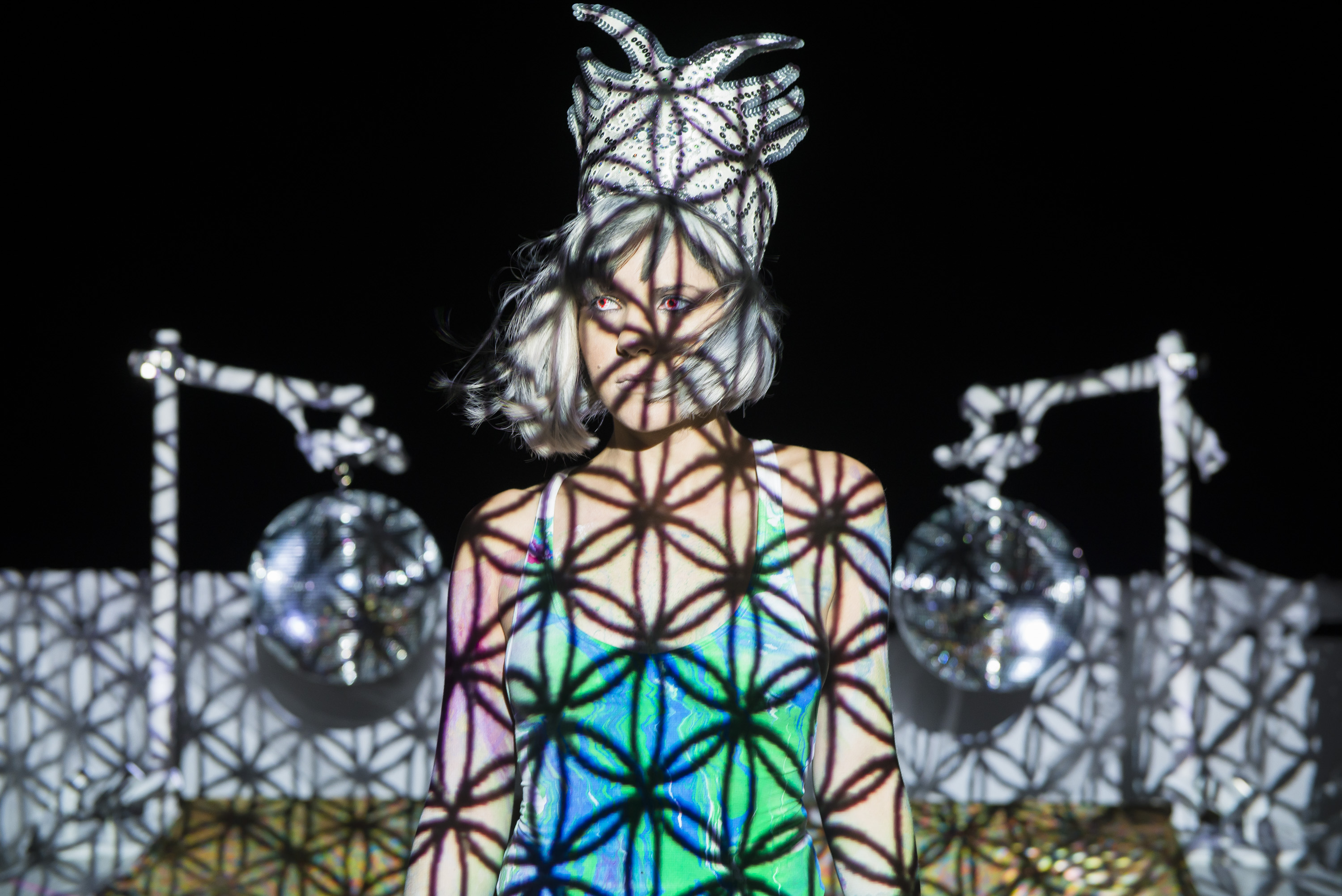