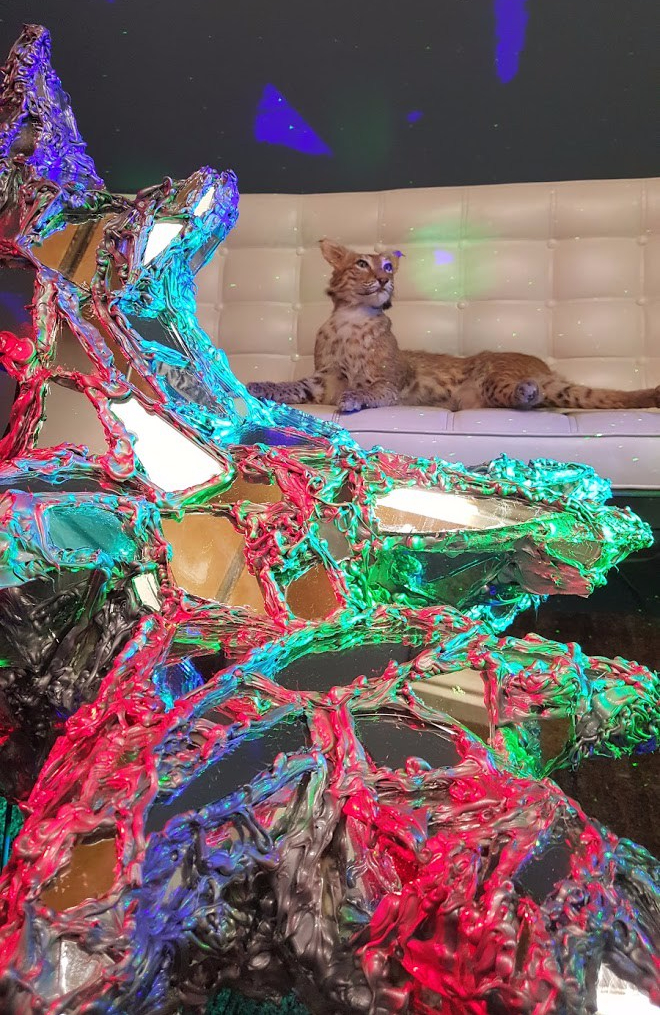 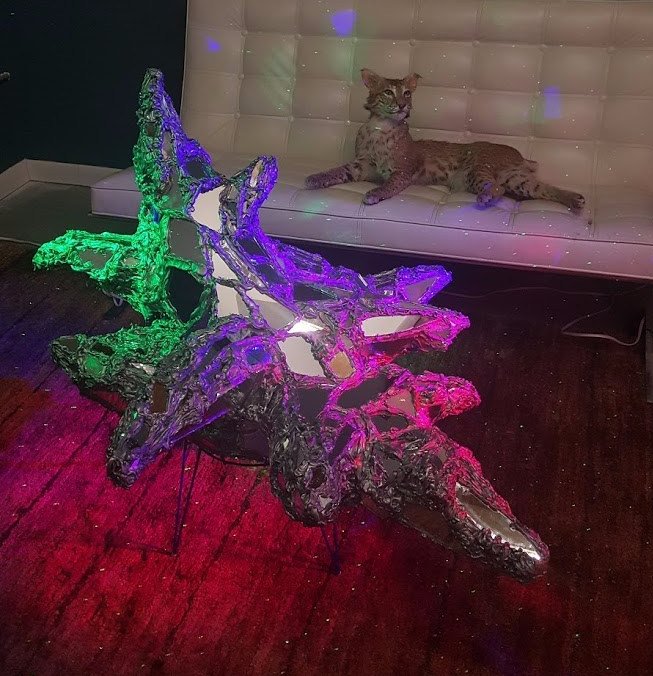 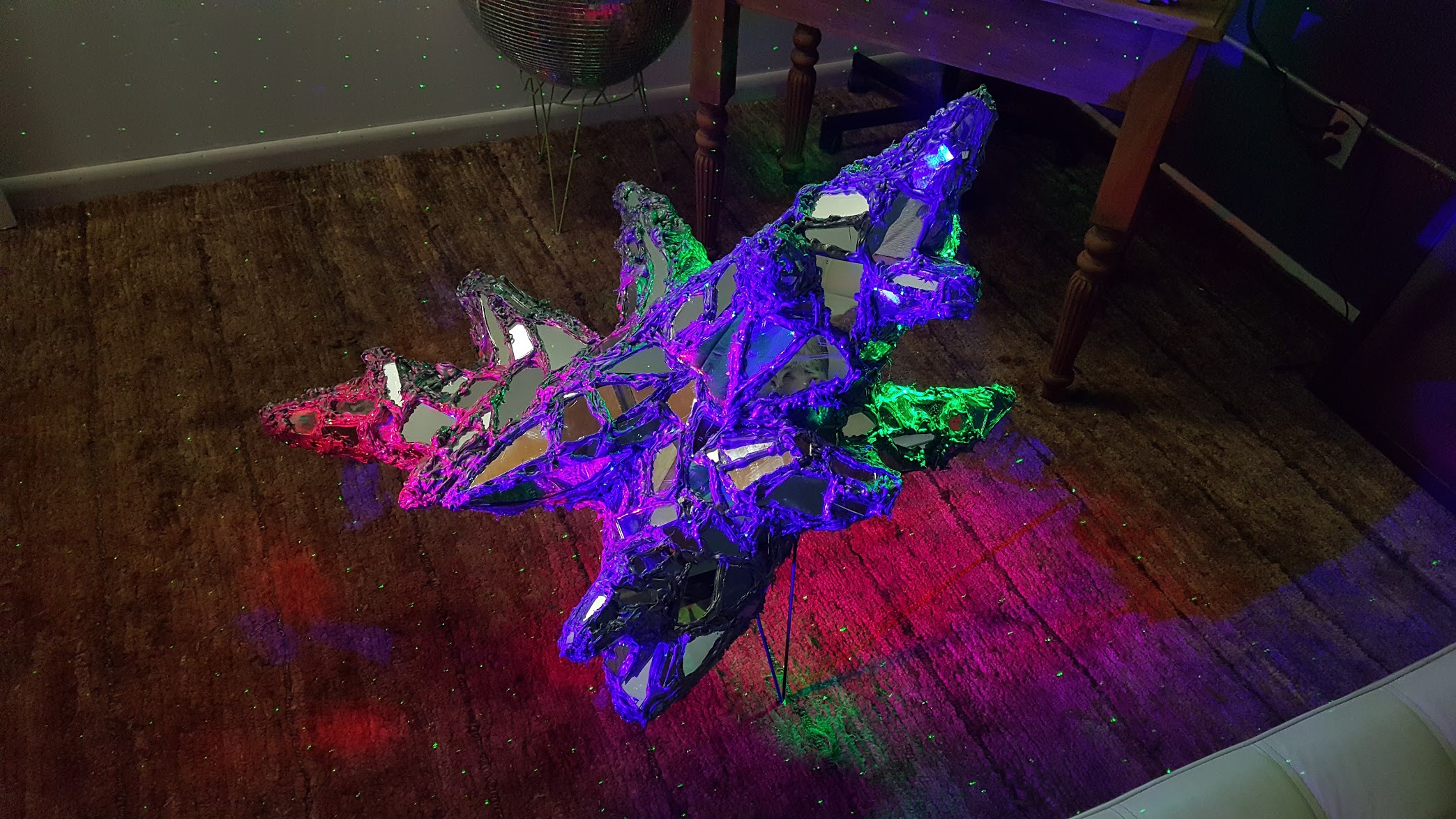 Disco Moon is a literal reflection of my belief that everything should be a disco ball in the sense of the feeling of happiness they bring to life. Utilizing mirrors and lights as a medium allowed me to project the notion that we shouldn’t have to be in the presence of an actual disco ball to feel its radiance.This piece was commissioned for III Point’s office space and is illuminated by custom 360 degree LED lighting.